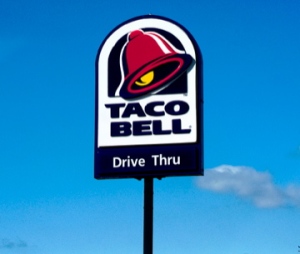 Earlier today I was craving a chili cheese burrito. So I decided to head over to Taco Bell for lunch. Why does TB always sound so good, but you hate yourself for days afterwards?

It got me thinking. Taco Bell is a lot like sin. Okay, weird, I know. Just trust me on this.

Sin is fun. In the moment, sin sounds like a good idea. Just like my idea of Taco Bell: I could not resist the hankering for an ooey-gooey chili cheesy burrito (by the way, is that real meat in there?). It tasted so good going down. Mmm, yummy. However, it wasnt but a few minutes later that I already started feeling yucky and questioning why I had made such an idiotic decision. So it is with sin. The after taste of sin is disgusting, unsatisfying and leaving you with an empty gut of guilt. You see, sin is worse than silly Taco Bell. The Bible says, sin separates us from God and that sin is a slap in His face to the satisfying joy He desires us to have (Rom.3:23; 6:23).

I might be thinking outside the bun on this, but God is so more satisfying than Taco Bell. There is no comparison. Psalm 34:8 says, “O taste and see that the LORD is good: blessed is the man who trusts in Him.” When we do not satisfy our hungers with God it is like eating 10 bean burritos at one sitting and expecting to run a marathon immediately afterwards. It ain’t happening.

I am incredibly thankful that God forgives us of our sin, cleans us from all unrighteousness and is more satisfying to the soul than anything on this planet. I am also thankful for the guy at the bank who gave me a breath mint!?