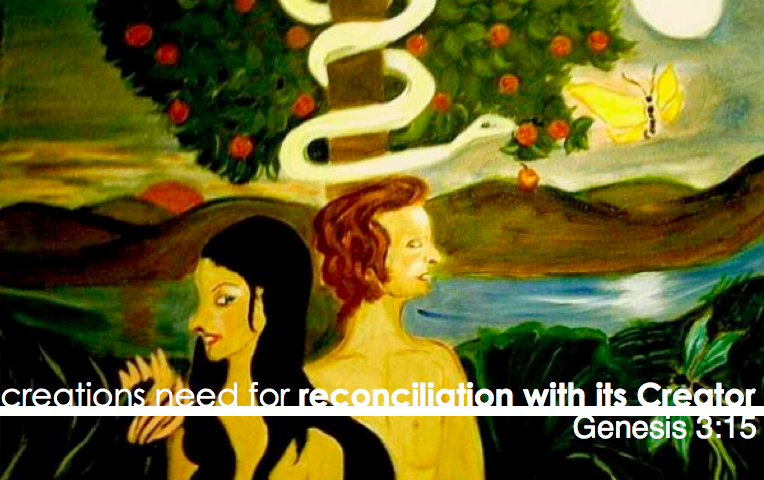 I am the product of the normal dysfunctional American home, which means my parents divorced before I was able to speak, I was in and out of special education classes in school, needed specialized counseling, and struggled with parental authority until after college. I am grateful today for my family situation and how God used it all as a means to mature me into the man I am today. However, when I was younger, I was not so grateful. In fact, I was bitter, jealous, self-centered, and had ungodly expectations of my parents, especially my mother.

It was until the summer after college, I came under conviction for my sinful expectations and need for reconciliation with my mother. After years of church, 4-years of Bible College training for the ministry, and life of ministry awaiting ahead God convicted me through His Word and His Spirit, “Justin, if you are going to be a vehicle of reconciliation into the lives you are ministering and have not reconciled with your own mother, you are living a lie. I have reconciled your relationship with Me. How dare you are slapping Me in the face.” By the end of that summer I sat down with my Father seeking forgiveness, and my mother seeking reconciliation for my hidden expectations. And God reconciled.

First, God promises to conquer sin and remove it from His creation [Genesis 3:15]. In the beginning of the fall of mankind, God gives a glimmer of hope. This verse is known as the protevangelium, or the first proclamation of the gospel. In the seriousness of the situation, Adam’s sin, gives a sobering mention of a seed of salvation. Although centuries of conflict will follow this fall, a day would come when the seed of the women triumphed over sin. Eve’s daughter, Mary, gives birth to the promised seed. “He”, namely Jesus, the promised seed [Galatians 4:4], will one day crush the head of Satan [Galatians 3:16-19]. In a sense, as followers of Christ live under the gospel and become reconciled to God they are destroying the devil and his work [Romans 16:20].

Second, God works throughout history to reveal Himself and reconcile His creation to Himself. From Genesis 3 to Revelation 22, God progressively works out His redemptive plan. In Genesis, we will see His plan worked out through Noah, Abraham, Joseph, and later with Moses, David and the prophets. God is relentless and passionate about His redemptive purposes for the people of this planet. God remedies creations need through the Redeeming Seed. He is the climax of history and the saving activity of God. He conquered sin, death, and Satan.

Interesting connection, in the Garden before Jesus’ death, remember who comes to the second Adam? The serpent. The serpent tempts Jesus as He did Adam with food. He also tempts Jesus with pride. He takes Him and shows Him all the kingdoms of the earth, and says, “You can rule and reign over all. You don’t need to go to the cross and suffer. All you need to do is bow down and worship me.”

And so the serpent devised one final plan. As he had caused the first Adam to kill himself via sin that led to his death, he knew that he could not get Jesus, the second Adam, to kill Himself, so he decided that he would simply kill Him. In Luke 22:3, we are told that Satan entered into Judas Iscariot, one of Jesus’ own 12 disciples. He possessed Judas Iscariot, fulfilling the prophecy of Zachariah in which a friend through a kiss for 30 pieces of silver would betray Jesus. Indeed, Jesus was betrayed. Jesus was handed over. And Jesus was ultimately murdered unjustly.

Colossians 2:13-15 says that though this appears as a victory for Satan and his minions, it was the greatest victory in the history of the world for the Lord Jesus Christ. On the cross, Jesus did something extraordinary. He took sin upon Himself.[2] And Romans 5 says, “We’re either in the first Adam – dead, or in the second Adam – alive.“ Are you dead or alive? Which Adam do you follow? The Second Adam is your only hope of salvation and a forever. Follow Him.

One thought on “creations need for reconciliation with its Creator”