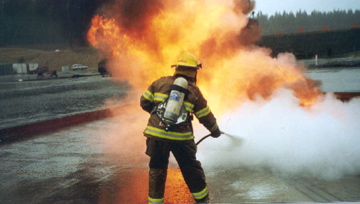 What is Gossip? Telling another person something about someone without permission that may or may not be truth.

How can gossip be disguised? Gossip can be disguised as truth. Just because it’s true doesn’t give you a right to spread it. It can be a call for help. If so ask the source if they need assistance, then go to a wise friend. It Christian circles it can be a prayer request. This can be very dangerous and not only hurt someone emotionally, but also spiritually. And it can be disguised as sarcasm. A mixture of truth wrapped in humor at someone else’s expense can be a hurtful means of gossip (Prov.26:18-19).

Why gossip? People gossip for many different reasons such as revenge or jealousy, often to get back at someone for a wrong done to them. Sometimes is a fight for power because of insecurity in an effort to show how one is better than someone. Primarily gossip is rooted in the sin of pride, possibly to show how much you know about someone else. Do you ever wonder why the tabloids and gossip columns are so popular? Pride lies to us and makes us believe that you might make more friends because of the dirt we know about another, but instead it leaves us with more enemies. Some stoop so low as to make a hobby out of gossip because of the joy they receive from it.

What is the damage of gossip? As the apostle James says, “the tongue is like wind in a forest fire.” Gossip can tarnished a reputation, ruined families, wreck your job, split a church, and break relationships. The cost of gossip can be immeasurable.

A woman repeated a bit of gossip about a friend. Within a few days the whole community knew the story. The person it concerned was deeply hurt and offended. Later, the woman responsible for spreading the rumor learned that it was completely untrue. A courageous person confronted her by telling a simple story. A few days ago I went to the marketplace and purchased a chicken. On my way home I plucked its feathers and drop them one by one along the road. That night after I making some good fried chicken I was thinking to myself, “I wish I would have saved all those feathers”. So the next day, I tried to go back and collect all those feathers I dropped. However, the wind had blown all the feathers away. After searching for hours, I returned with only three feathers in my hand. You see, It’s easy to drop them, but it is impossible to get them back. So it is with gossip.

What does the Bible say about GOSSIP? Ephesians 4:29-32

WHAT IS THE “G” WORD: “Do not let any unwholesome talk come out of your mouths, but only what is helpful for building others up according to their needs.” (v.29a)

WHY SAY “NO” GOSSIP: 1. That it may benefit those who listen (v.29b) – you have the power to build up or destroy someone with your words.  2. That it may not grieve the Spirit (v.30) – your words not only hurt others, but God too.

There are 3 components every Fire: Burnable substance, Flame and OxygenThere are 3 components to Gossip: true or untrue facts gossip or lie-story, and pride What should I do if I am a fire starter? Stop it immediately. Ask forgiveness. Be truthful from this point on. How to be a fire extinguisher? Confront in love by asking the gossiper: How do you know that? Do you have actual personal knowledge of the event or situation? What is your motive? Why do I need to hear this? Stop a gossip/lie before it starts by saying, “I don’t want to hear what you have to say about…” Pray for the person being wronged. Encourage both the doer and receiver. Speak the TRUTH.

One thought on “Are you a fire starter or a fire extinguisher?”