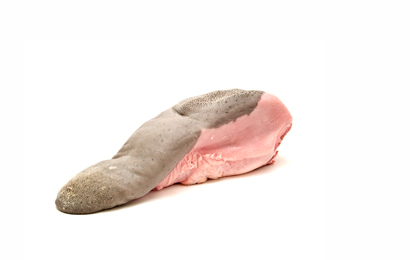 When I lived in West Virginia I attended church with a family named the Vandals. That has nothing to do with what I am going to talk about, but I thought it was interesting.

vandal–noun, Latin of Germanic origin 1: capitalized : a member of a Germanic people who lived in the area south of the Baltic Sea between the Vistula and the Oder rivers, overran Gaul, Spain, and northern Africa in the fourth and fifth centuries A.D., and in 455 sacked Rome. 2 : one who willfully or ignorantly destroys, damages, or defaces property belonging to another or to the public.

In good fun, on Saturday night I was hit with a double whammy. I didnt know until Sunday morning what had happened. Oh, the joys of being a youth director.

It was an ordinary Sunday. I woke up. Brushed the pearly whites. Changed the skibbies. Put on the Sunday best. Loaded into the car. Hit the garage door opener. THEN it happened…eeeeeerrrrt. I hit the brakes as I backed out of the garage. What? There was a PU toilet in the middle of my driveway. Imagine thinking how retarded it looks to have a dude in a suit carrying a toilet across his yard.

After I murmured to myself, “silly kids”. I walked into the house. Closed the garage and walked out the front door. What? A BIG slimmy cow tongue was on the door stoop. I picked up the purple-poris tongue and flung it into the dumpster later to rot and leave a gagging stench in my garage.

After I murmured to myself, “silly kids” I got into the car and headed 0.2 miles to the church. [That’s where I work.] I went inside to find out somebody had a party in my office, but didnt invite me. They left lots of yummy snacks and creative greetings, but no one was in sight. I sat in my balloon covered seat and sighed, thinking to myself, “I love my job.”

Thanks to all who vandalized my home and office. You guys are great. You can take your toilet back now!